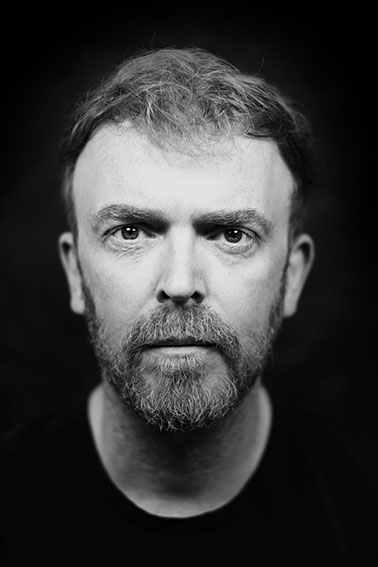 "Award shows are big business, and there’s
a lot of money to be made. And as long
as there are more people who want to show off their talent with some plexiglass and shiny metal, it will never stop."

THIS IS JORIS VAN ELK.COM

Having been nominated over 90 times and awarded over 40 times,
Joris van Elk has won his share of awards.

As an executive board member of the ADCN, he not only redesigned
the lamp but also redefined the juries and the award system.

You’ve won a variety of awards. Which one is your most precious one?

Lamp of Honor. By far. Not only because I’m the only one who has ever received one, but because it’s an award that came from the heart and was earned with blood, sweat, and tears.

From the minute I was asked to join forces with the ADCN, I had a very warm and good relationship with Dinesh Sonak, the general manager. As a team, we felt indestructible, as if we could conquer the world and change everything. And that’s what we did. We actually changed the whole ADCN from scratch, together with Lode Schaeffer and later on with David Snellenberg and Kim Dingler. A new identity, a new award, a new judging system, a new educational program. It all changed because we felt an ongoing flow of energy. If you get rewarded after 5 years of massive labor with a unique award designed and presented to you by your all-time favorite designer, you know you did something good, and more important, you are certain you’ve made friends for life.

But about the awards in general. Aren’t there way too many awards out there?

Yes there are, and that is a shame. But I do understand this proliferation. Award shows are big business, and there’s a lot of money to be made. And as long as there are more people who want to show off their talent with some plexiglass and shiny metal, it will never stop. But it certainly devalues the awards. In the early days, there were just a few agencies who would win a Cannes Lion and even a few creatives who would win a lamp. Winning one of these meant more salary, a better position within the agency, and the opportunity to be assigned to the most interesting briefings. Now there are teams that collect a dozen Gold Lions in one year, and they don’t get any recognition at all except a few likes on Facebook from colleagues and friends. That’s a shame as it doesn’t stimulate talent. And the entry prices are ridiculous. A lot of award shows became a party for the big network agencies, and the best work isn’t entered anymore. So what you see isn’t the best work out there. It’s the best work from those who could afford to send it in.

That’s a rather dark perspective on the award industry. Is there any light at the end of the tunnel?

For sure. Look at the D&AD and the One Show. These are institutions that remain pure and show integrity. The profit they make goes directly into educating the next generation of creatives, while they keep the number of awards small. That’s a different approach—one that will pay off in the future, for they will last longer than many others.

Having won many awards, are you still thrilled to win another one?

I would be lying if I said I didn’t, although the thrill is getting a little bit less. There are a lot of creatives out there that are in it only for the awards. And they have won many more than I will ever win in my entire career. That won’t do it for me. I like to add something else to the industry. Give a little more, take a little less.  Reward instead of award. That’ll do.